The West Wiltshire Chapter of the Environment Agency Fan Club

Please nip over to his place and have a look at some of what we've suspected for over three years....

This might just <smirk> exercise Laura Gottleier the cowardly EA-PR whizz at Millbank Tower who went around threatening people a few weeks back (when she gets back on Tuesday suitably refreshed after a hard weekend or back from holiday?) 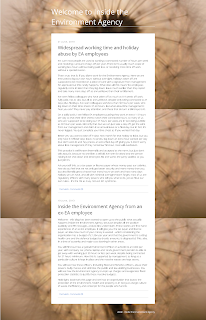 yup - in a crowded field of runners (NHS, UKBA, HMRC etc) the EA is making a strong run for the title of worst public sector organisation in a highly competitive race....

Now, what was that about "apply a suitably PPE'd toe to a few backsides"?

The non availability of officials due to their leisure commitments has been a prominent feature of our interactions with the EA over the years.

If Henry would contact us directly via admin@north-mill-avoncliff.co.uk - we have a few questions...

To keep you amused (or as an insomnia cure) until the next post here I recommend
The Bumper Book of Government Waste
Which looks like it might need a new chapter....

EDIT 2: 27th June 2013 http://www.insidetheenvironmentagency.co.uk/ has had its hosting account suspended.  Internet access from Worthy Farm must be quite good these days.... 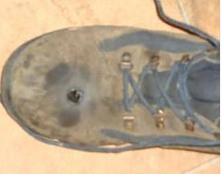 Well, we have a response to our enquiry about how busy the EA PR department have been defending the tattered reputation of the organisation that employs them.

It would seem that defending "the brand" on the Internet is the most popular option with 212 requests for takedown in the last three years - just over once a week.

"We have to closely regulate how our logo is used in order toavoid members of the public being misled, for example, by thinking that weare endorsing a service or product because a website displays our logo."

It's hard not to smile about this - it would seem that our disrespectful little pants on fire animation doesn't qualify as it's not seeking to mislead !!

The PR department have requested takedown of articles on TV/newspapers /radio on 19 occasions since 2010.

In terms of libel / defamation (you can't libel a government department) the EA PR department have acted only two times since 2010 - and only once about Avoncliff.  - which is odd, because as I presently understand the situation - the PR dept. sent out two, separate nasty letters - one to the editor of Narrowboat World and another one to Allan Richards - one of his contributors who was at the time wholly unconnected with Avoncliff.

Allan was less than impressed with being selected for attention (and no subsequent retraction / apology) and FoI'd the Environment Agency about goings on at Avoncliff. Whereupon ...  it certainly looks to me like ... somebody untrained and unfamiliar with a loaded firearm shot themselves in the foot  - and it has to be said, volunteered themselves for remedial courses in the comprehension of - and writing clearly in - English ! 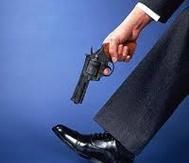 EDIT Oh, Dear! ....  I have just found an Environment Agency document (copy here - you never know!) from March 2011 that says that in the previous year alone they contacted 223 people about improper use of the EA logo...  I wasn't going to - but now it's absolutely irresistible.....

I'm minded to re-open the FoI - but to be honest, I think it a waste of public funds to subsidise further inept floundering about on their part. Somebody needs to apply a suitably PPE'd toe to a few backsides (and  check the EA stock of trouser extinguishers? and maybe issue staff "at risk" with fire retardant trousers?).