Serviceable generators are being shut down ... and much is being dismantled and reassembled in Germany!! .   - and-  sanctimonious ill informed waffle is being preached by people who couldn't wire a plug  - the result.... -if you can interpret graphs ...

This one is from National Grid themselves.

And those emergency measures ? - much of it is diesel generators operated by so-called "Green" energy companies given the job by their cronies and paid for stooges in Labour and Coalition administrations - what a mess... - what an absolutely miserable mess.

What's Going On at Kingston Mill?

It is now just over a year since the hoopla in the Wiltshire Times about the installation of the turbine at Kingston Mill. We've an obvious interest in the performance of the unit - being the nearest upstream to Avoncliff.  Some rather inflated claims were made at the time about the number of homes the unit would power and the efficiency.....


It went in .... to be commissioned in September 2015 according to the WT article 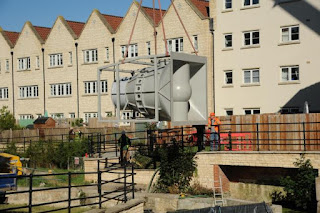 In Feb 2016 it didn't seem to have done anything 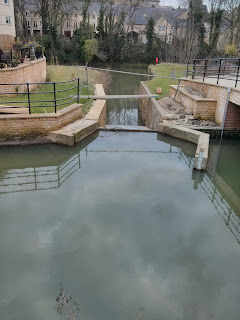 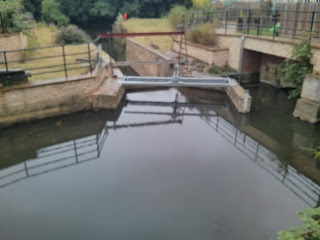 Anybody know what's going on?

A year to commission this £300,000 piece of machinery seems an awfully long time - surely it's little different to the other identical ATL Kaplan turbines operating on other schemes,  on other rivers which are working just fine and performing up to specification as officials at The Environment Agency categorically assured us was the case when they gave the most recent licence at Avoncliff ?

In a really rather bizarre twist the Wiltshire Times article on the installation of the Kingston Mill turbine was also published on The Bolton News web site - really. Maybe the other two articles about the Kingston Mill project that were "disappeared" from the Wiltshire Times web site are simply lurking out there on web sites of local papers 200 miles away confusing the locals?

Given the history of the project and the twists and turns - John Aldrick & Co's toxic meddling and abuse of process actually ended up with a result of sorts - albeit with completely different turbines to the original proposal (Kaplan proposed and ultimately Archimedes installed) and with what looks like an expensive and non trivial amount of earth-moving.

The same cannot be said about Avoncliff where similar (but not absolutely identical) fraudulent antics by officials at the EA in the abstraction license process have resulted in no scheme and at a minimum £2 million of public money being flushed down the toilet. In addition -  the EA have been investigated by The Ombudsman and and found to have indulged in systematic bias and maladministration - resulting in further costs to the public purse....

I suppose the EA are lucky with Pershore....  they didn't issue a draft license and the competing scheme they promoted by underhand means + abuse of process actually had somebody who had the requisite skills + resources to complete it....  (oh yeah... and he owned the land too....!)

and ... ICYMI - the silly season is now officially in full swing  (Probably NSFW)

As long time readers here know - I have an interest in West Wiltshire's  relationship with North Korea - especially brewing related matters and the antics of various John Sweeneys around the place... 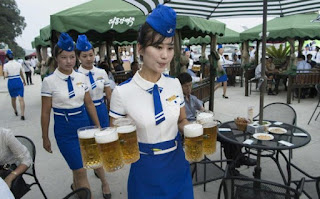 We wonder if EA lawyer Kim Follenfant who apparently is personally handing all inquiries about the EA's John Sweeney can tell us if  he's attending and enjoying his new found leisure since his recent and unannounced "retirement"?  (bit of an "in-joke" that - sorry...)

On a slightly different matter - we've been corresponding with the EA again....  the results of which have been pretty much par for the course - simply serving to reinforce the raft of negative perceptions that we already have about the outfit.
Posted by Tom at 14:55 2 comments