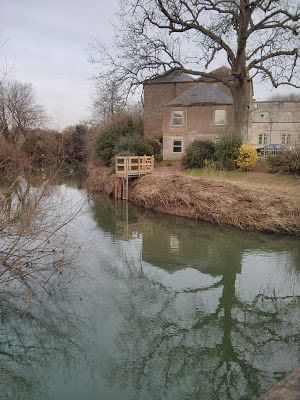 Noticed this passing by - we understand that it'll be hooked up to the "Flood Warning" road signs (which haven't exactly been working well since they were installed a couple of years back) Judging by the water swept grass nearby - we hope they've water proofed all the wiring..... 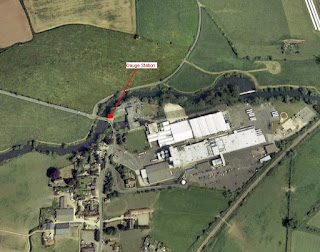 It would seem to be something of a waste if they didn't also put the level details up on public display on the Internet - after all we are all paying for this...

It also doesn't look as if the station has been added to the mapping application that the EA maintain (as of 28th Feb 2013)
Just a shame that the Environment Agency don't catch up with the 21st Century and integrate the watershed + the kitchen sink into Google Earth and put real time data up...  Some neat stuff about mapping watersheds here - instead we are given really rather weak/lame stuff like this... = yet another mapping app that seems not even half finished at the EA web site. Quite a lot of work has been put into collecting river data.

Obligatory dig at the end: Perhaps if the EA water licensing teams hadn't wasted well over £500,000  on messing up at Avoncliff - they could have spent it on something where people can actually see their taxes being well spent... 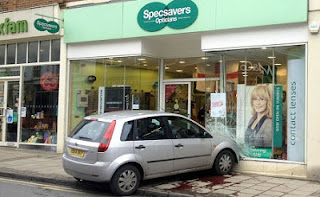 Couldn't resist passing this one on

Tuesday 19th February 2013 - A frost this morning and a chilly still night... and I thought to take a look at how hydro electricity generators across the UK are doing - and... it's now not a surprise to see that today and yesterday it's producing loads more than all the windmills across the U.K. - and all with essentially negligible capital investment from the taxpayer.

As I type hydro is producing more than 10 times the output of all the windmills (see here for the UK electricity dashboard ) - that - from the piffling array of water turbines across the country - an all, it's a rather woeful picture for renewables. If you scale the output of fossil and nuclear to the graphic above on your screen to where you are sitting the "fossil" output line is probably upstairs somewhere... We are also importing roughly twice what we are producing from all renewables.  Late this morning we were import 50 times more than we got from wind.

We don't know exactly how many hydro power schemes the Environment Agency have been busying themselves obstructing and fouling up with their toxic blithering. We do wonder however at the lack of any noise coming from the Green side of things when it comes to the costly, wasteful and destructive policies and actions perpetrated by our civil servants (and politicians).

As far as The Environment Agency is concerned the phrase "couldn't find their own backsides in a darkened room with both hands" comes to mind. The assertion that due diligence has been performed by the EA at Avoncliff is looking more like a 'orribly bloated falsehood as every day passes. We have advised them on numerous occasions that they had missed something.

During the recent repeat of the "consultation process" ( 3 years along - the applications are the same - as in identical....) to determine a water licence at Avoncliff some rather ripe documents have been circulating around Bradford on Avon and Avoncliff containing a number of damaging falsehoods about North Mill's scheme. We commented on these documents in the hope that somebody would wind their neck back in without further action - rather foolishly, they didn't and more flyers were produced and distributed..


So... we will be taking appropriate and proportionate action.

We'd just like to take the opportunity, since it is particularly topical today,
- to remind  Environment Agency employees that whistleblowing is
both sanctioned and protected beyond what you have been advised internally.

What type of disclosures will be protected?

For a disclosure to be protected by the Act’s provisions it must relate to matters that "qualify" for protection under the Act. Qualifying disclosures are disclosures which the worker reasonably believes tends to show that one or more of the following matters is either happening now, took place in the past, or is likely to happen in the future:
A guide...


We'd understand if you wanted to form a brass band - but a single whistle would be appreciated :-)

Edit:
We've had some feedback and we need to point out that the internal mechanisms put in place by most organisations covered by this legislation are designed to "net and contain" any inconvenient/damaging disclosures and restrain the whistleblowers.  There are alternative methods of proceeding with a complaint / disclosure - contact us for details and assistance.

I've been trying it out with Environment Agency literature.

We could have predicted this...  :-p  we're a bit late to the party but still - there's much to enjoy.

Instead of admitting to an honest mistake born out of pure ignorance - The Environment Agency have decided to defend poetry scholar and EA Chairman Chris Smith (Salary £110,000 year - part time) over his ill advised sock puppeting of the new weirdy weather "wrong type of rain" house mantra some deluded PR policy idiot has dreamt up in a likely attempt to deflect criticism of the Environment Agency's performance during the recent weather. That weather, amazingly - hasn't actually obeyed Environment Agency policy - and something obviously must be done. 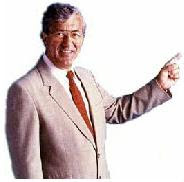 It would be too easy to simply portray the utterances of  Lord Smith, Chairman of The Environment Agency as the witterings of a single (overpaid) ignorant fool seeing out the twilight years of his career in an undemanding and handsomely rewarded sinecure - and some people believe that - we see it as part of a pattern of toxic behaviour emanating from a delinquent public institution.

Well known and long time weather forecaster Bill Giles said a few days ago:“How on earth could we have appointed as chairman of the Environment Agency someone who so obviously doesn’t understand basic meteorology [like] Lord Smith?”  - if it's any consolation Bill, if you ask nicely - maybe Chris can do you a short poem? a Japanese haiku ?  A whole load of other people have taken umbrage at the EA's hubris in this matter (Here, Here and a bunch of other places GIYF)

Smith's rain assertions - as with so many things emanating from the Environment Agency do not survive close scrutiny and his claims are pretty well debunked (Using Met Office data) over at notalotofpeopleknowthat - we'd say that the EA's "wrong type of rain" claims are self serving lies and a contrivance - harrumph... we're now on familiar ground.

The Environment Agency is supposed (legally obliged) to deliver water licence determinations within 13 weeks (91 days - Penfold Rules - details of which the EA have deleted from their web site) - it is now 338 days since they were instructed by The High Court to determine the water licences at Avoncliff "without delay". The EA will not advise us of any progress on the licence  (Note1)

Senior managers and executives  have also begun a determined campaign of  disinformation littered with material inaccuracies that they must be aware aren't supportable and which are entirely self serving in their attempts to pervert proper process at Avoncliff. EA communications seeking to misrepresent a revised and skewed history of Avoncliff water licencing  have turned up at our MP's office and other places where they have been treated with sceptical curiosity since many claims conflict with the recipients existing knowledge of what's been going on.


(Note1)
The Environment Agency will not talk to us at all! As in nothing - when we telephone they get all flustered and say "we've been instructed not to talk to you" - it would be comical if we didn't have a whole load of stuff entirely dependent on the outcome of the determination process. As we keep saying - they've demanded £37,000 to tell us what's going on.

If you want some entertainment we suggest you ignore Baron Smith of Finchley and book Bill Giles Weather Show
Posted by Tom at 01:53 6 comments

Ah Yes... The Wrong Type of Rain
Now that the snow has gone....
We are authoritively informed, by a career politician whose education is in English with expertise in 18th and 19th Century Romantic poets with life experience in the bureaucracy of council housing, as an MP,  and as a Labour government minister responsible for Culture, Media and Sport that we are experiencing "the wrong type of rain".
(DailyMail  - but original article in the print version of The Sunday Telegraph)  Rainfall infographic

Goodness!  I don't suppose that is anything to do with The Environment Agency's Roy Stokes telling us to build snowmen to stop flooding?   - they had to tell everybody later that it was intended as a joke.  Tut... at the least they could have elaborated all the 'elf 'n safertree implications and included a tick box risk assessment form - falling down on the job as usual.

A commenter in the Telegraph riffs :
Build snowmen on a mass scale? Has there been no consideration of the health and safety aspects? What if the wrong type of snow is used? Will the mass construction of these snow people - surely in the 21st century they should be gender neutral - create nationwide shortages of carrots, coal, hats and gloves as they are used as accessories?What if even only a small percentage take to the skies? Has Aled Jones been consulted? We've seen the video evidence. We know it can happen. This is a potentially dangerous plan, so take care out there!


Yep - these are the people we have been dealing with for over three years at Avoncliff - ahhh... now we get it - it's all been a joke - oh, yes ... very good ha-ha

We'd suggest that Chris Smith is put out to grass ASAP to concentrate on his poetry...  where he just might have some detectable talent. That he is being paid £110,000 a year for less than one day a week to trumpet this kind of bilge and also not even bothering to properly answer letters complaining about the actions of his civil servants .... priceless.

And remember - there'll be a drought unless it rains