Phew! - somebody does something wrong and erm... breaks the law...

Crikey! - you'd have to have some imagination to make that up!

I don't have the imagination and I didn't make that up!

Whoah! The Environment Agency haven't quite topped that - despite trying hard for over 4 years - but then again - they didn't release information - they deliberately hid it!

No doubt lessons have been learnt eh?  I can't help thinking that there's a world of difference between "an accident" and culpable negligence or worse = strategic leaking by officials designed to undermine the position of another party....

No government officials suffered any personal sanction in all this as far as I can see....  Daft pooches chasing their own tails is one thing - but I think - we'd all like to think? - that humans were above this sort of stupidity.

Dear George
Here's a quote for you: "It's absolutely critical that maintenance dredging continues."
Who, do you suppose, might have offered this sage observation on the current state of play on the Somerset Levels? I will tell you, George: a senior Environment Agency official.That being the same Environment Agency, of course, which sold off all its dredging equipment because it declared that dredging the rivers Parrett and Tone was no longer necessary; that dredging wouldn't make a scrap of difference to the flood threat; and, indeed –as it tried to convince me – rivers that are half-clogged with silt are capable of draining away floodwater as much as those which have had the silt removed as a matter of routine.
Never, George, can there have been such a diametric switch of opinion in quite such a short space of time, though we do know why: it's because the evidence is irrefutable. Despite two small floods on the Levels this winter there was no huge problem because even though there was only a limited dredging programme last year the rivers did their job properly and got rid of the water.
Hence the assertion from the Environment Agency that we absolutely must have more of the same. Yes indeed: dredging is back in fashion. It's the new must-have, must-do. Except, of course, the Environment Agency won't be doing it because, it seems, it hasn't got any money. Well if it chooses to squander twenty or so million quid on a nature reserve that's hardly surprising.
What we should be hearing now, of course George, is some sort of apology for its failings, for its attempt to cover them up by creative interpretation of rainfall figures, and for driving scores of people from their homes – homes which now carry such enormous flood risk premiums that most of them can't even afford to take out cover (though on the other hand now the cause of the flooding has been identified and partly dealt with, they should as remain dry for more decades).
I'm not one for conspiracy theories, George, but it has to be said that if it were eventually proved that the halting of the dredging programme was in some way connected with an unwritten Natural England agenda to turn the whole of the Levels back into the kind of swamp not seen since the 14th century I wouldn't be surprised, particularly given the way some of Natural England's other policy decisions have fouled up parts of my constituency further west.
My last missive before we go into suspended animation, George, but I'm glad to have a positive report to make. All we need now is some decent Easter weather so people can get out and about and start spending money to help the tourism sector make up some of the ground it lost this time last year.
Yours ever
Ian
Read more: http://www.westerndailypress.co.uk/Environment-Agency-accepted-need-dredging/story-26243831-detail/story.html 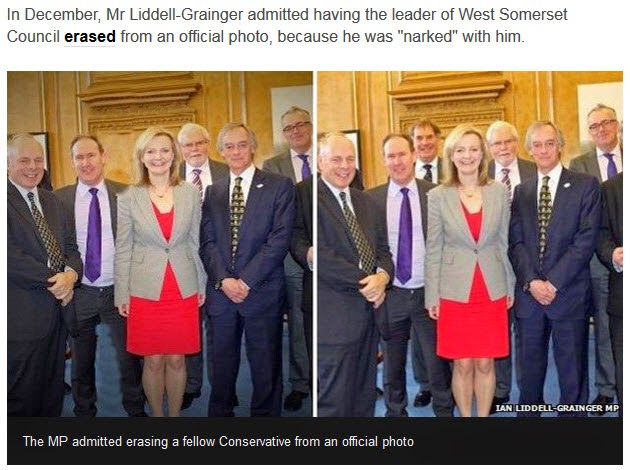 @anon in the comments:  It looks like some West Somerset council folk aren't on Ian's Xmas card list either - and I'd say that's actually quite healthy - do all public sector folk have to present a united front regardless of the way they behave?

nope...  - its not us saying that - much as I think that importing American hardwood from clear-felling forests is bonkers - this comes from an organisation that's part of the Green Blob - The EcoWatch environmental web site and from actual pollution measurements...

In other news - the reputedly most efficient gas turbine power generators in the world (Vorsprung durch and all that) are being shut down because they can't run economically as they're only allowed to run at erratic times at punishment tariffs - when massively subsidised wind and solar plants are not  doing their erratic subsidy sucking  power production thing.
Pierre Gosselin in Germany has the story.

Our energy policy is simply insane and seemingly run by a bunch of fools, many of whom have way too much financial interest in looting taxpayers and energy consumers money and providing a service that simply is NOT fit for purpose.


Where is our U.K. ministry of energy?  -oh, yes- doing photo-opportunities for WWF !!!

To a certain extent we have a horse in this race - since the subsidy for electricity produced from renewable sources would contribute to income from any hydro-electric scheme installed at Avoncliff.

Some people have put together a film.
Heres's a trailer.


What we do know is that being told loudly, vehemently and in the absence of evidence to "suck it up" and that the "debate is over " usually means that there's more to it!

In the meantime - things are moving behind the scenes at Avoncliff.......

Things have been quite quiet hereabouts for a while -but we've  just seen a dramatic spike in traffic and wonder what our chums at Horizon House and Millbank Tower are up to...

Gathering more tales of unfairness and they're being nasty to us!!!  to be trotted out to enhance victimhood status and  so forth at some unspecified meeting or as PR ammunition?

Nah... they wouldn't - would they?  We aren't the NSA but we like to know who's visiting the blog

And something that restores a bit of faith in the capacity of people in positions of responsibility to do the right thing - a company secretary who fought for other people sees justice done ... after it has to be said .....   17 years!!! 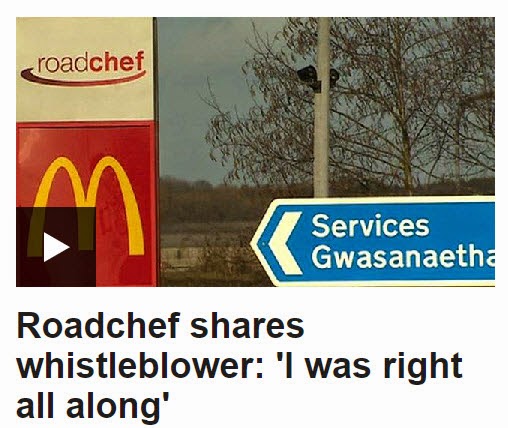